Gluten is a difficult protein to digest. It is thought, for some people, the immune system sees the gluten particles as the an enemy and attacks it (producing antibodies) causing inflammation in various parts of the body and poor absorption of nutrients which leads to various health problems.

There is no evidence that everyone needs to avoid gluten. For many, it has become a fad diet or a way to seek weight loss, however that does not mean it isn’t a real condition. Gluten creates real health problems for many people.

There is no definitive test for Non-Celiac Gluten Sensitivity (NCGS) like there is for Celiac Disease (CD). There is an anti-gliaden antibody test (AGA-IgG) but only about 50% of gluten sensitive people test positive. Even with the Celiac Disease blood test many people can be misdiagnosed, receiving false negatives. I read somewhere that patients suffer an average of 10 years before they receive an accurate diagnosis. Blood tests have just not been reliable. This causes many doctors to be skeptical.

Many studies have shown a link between certain illnesses and gluten. They have also shown patient symptoms reduce on a gluten free diet (GFD) and return when gluten is reintroduced. 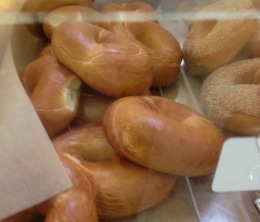 In a recent randomized, double-blind, placebo controlled, cross-over study at the National Institute of Health, they took patients that did not have Celiac Disease or a wheat allergy, but they believed gluten was causing intestinal issues. Everyday for one week, they were given either a gluten pill or a rice pill (placebo). Those taking the gluten pill reported a significant increase in symptoms. They reported foggy thinking, intestinal pain, bloating, stomach pain and depression.

In another study published in 2012, 78 Non-Celiac Gluten Sensitivity  patients (based on symptoms with early onset after gluten ingestion) were studied. Celiac Disease and wheat allergies were excluded. NCGS was confirmed by a gluten free diet for 6 months resulting in a disappearance of symptoms, and a 1 month challenge period with a immediate return of symptoms. Symptoms returned within a few hours to a few days of gluten ingestion. The most common symptoms were bloating, constipation and diarrhea.  Other symptoms were GERD, mental lethargy, fatigue, eczema/rash, headache, joint/muscle pain, depression, anxiety, and anemia. This is a similar result to the National Institute of Health study done earlier.

According to a review, Non-Celiac Gluten Sensitivity: The New Frontier of Gluten Related Disorders,

“The finding that symptoms disappear after gluten elimination adds weight to the diagnosis of NCGS, which is definitely proven by a double-blind (or open) oral gluten challenge performed after at least three weeks of GFD.”

Intestinal permeability has been blamed for many autoimmune conditions such as Celiac Disease, type 1 diabetes, MS, and rheumatoid arthritis. They believe this could be the common link between all these conditions.

According to Eric Goldman in his article, Zonulin: An Objective Indicator of Non-Celiac Gluten Sensitivity,

“The findings provide objective support for the reality of a condition that some clinicians and researchers dismiss as a questionable or contrived diagnosis. The dismissal has been based, in part, on the fact that there were no reliable biomarkers definitively associated with the condition.”

They believe the study’s information makes the idea of zonulin testing  worthy of further research.

I, for one, don’t need proof that NCGS is a real condition. The strong reaction of my child shortly after ingesting gluten and the improvement of various health conditions is proof enough for me that it is not all in one’s head.

The only way to know for sure if gluten is an issue is to eliminate gluten ingredients from your diet completely for a period of time (2-3 months) and see if symptoms improve.

However, if you intend on having any blood work done, it needs to be done BEFORE you go gluten free. Once you remove gluten the results will be negative, regardless of your condition.

Your gluten free attempt will only give an accurate result if you are 100% gluten free for 2-3 months. Unfortunately, this is fairly difficult in the beginning, causing people to believe it didn’t work, when in reality it wasn’t done correctly.

If your condition improves after 2-3 months,  you need to perform a challenge by eating gluten and observing if any of your symptoms return. It’s been our experience that many symptoms reappear stronger. Because they feel better, many people are not willing to reintroduce gluten.

I’ve had some people ask why the reaction is stronger  when you reintroduce gluten than it was before you removed it. Well, I don’t really know, but this is my theory- Your body was staying inflamed instead of becoming re-inflamed. Think about being repeatedly hit in the stomach, you can tense up your muscles and tolerate the hitting to a point because after a while your body grows weary and it starts taking it’s toll. When you remove what is causing the problem, its as if the hitting stops and your body relaxes. Boy, that feels better. The challenge period is like getting hit again except this time your body wasn’t prepared for it and it hurts much more. This is just my theory. I would say your reaction will depend on what condition you have.

If there was no improvement in your condition on a gluten free diet done correctly, then it is likely gluten is not an issue for you. Carry on as usual…

But you should still try to eat a healthy diet!