Vitamin D is affectionately known as the “sunshine” vitamin.

While vitamin D is considered a vitamin, it really acts like a hormone. It tells the body to do something somewhere else.

It is produced by the body when exposed to UVB light. Then, it is transported to the liver to be converted to its stored form and then to the kidneys where it is converted into active forms tissues require. You can’t make the active form with out UVB.

Every tissue in your body has a vitamin D receptor. Why would cells have receptors if they didn’t need D?  Researchers discovered cells throughout the body can make activated D. It is needed throughout your body.

Vitamin D deficiency is very common. In America, it affects 2/3 of the population. 70% of the elderly and 90% of people with dark skin are deficient. It is believed 1 billion worldwide have insufficient levels of vitamin D. 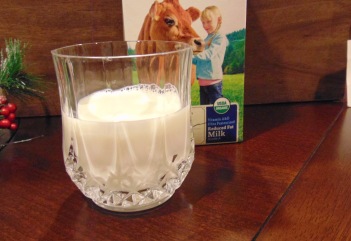 Not all people have good enough nutrition to avoid deficiencies.  Not many foods contain vitamin D. My two boys used to drink 7 gallons of milk a week between the two of them and when tested, they were low in vitamin D. Isn’t milk fortified with D?

When  D levels are very low the bones become soft. In children, this is called rickets and in adults it is called osteomalacia.

According to Michael Holick, PhD. MD., rickets is not a thing of the past. They see 1/2 dozen cases a year in places like Boston. Kids spend too much time indoors and when they are outdoors they are slathered in sunscreen.

Osteomalacia is adult rickets. Unlike children’s rickets which causes no pain, osteomalacia’s  symptoms include vague, deep, strong bone and muscle aches. Also tenderness of the bones when pressed. This can be misdiagnosed as fibromyalgia, chronic fatigue or arthritis.

If your magnesium levels are low, your body will have trouble converting vitamin D into a usable form.

Research shows activated vitamin D can turn on genes to control cell growth or prevent blood vessels from forming to feed cells.  However, it seems you must already have sufficient levels of D in your body. Once malignancy starts it becomes resistant to D.

Cancers vitamin D is said to help are prostrate, breast, ovarian and colon.

Women with breast cancer who are deficient are 94% more likely to have it spread than those who have higher levels of vitamin D.

The further people live from the equator the higher the incidence of certain cancers, high blood pressure and heart attacks due to lack of vitamin D.

When D is low calcium accumulates in the artery walls and promotes the formation of fatty plaques.

Vitamin D can kill the infectious agents in tuberculosis and upper respiratory infections. D has the power to assist the body’s natural defenses against bad bacteria and inflammation.

It is important to get your vitamins from food, because they have many other compounds that scientists are still discovering. You can’t put something in a supplement if you don’t know it exists. However, there aren’t many food sources of vitamin D.  The best food sources fatty fish such as tuna, salmon, mackerel, egg yolks and the very best source is cod liver oil.

Processed food can be fortified with it, such as in milk.

However, we don’t actually need it from our diets because our bodies make it in our skin when exposed to UVB radiation.

Less sun. If you live north of Philadelphia, San Francisco, Athens, Beijing you don’t get enough D from the sun, especially in winter.

Other factors that affect production are sunscreen use, not being outside enough, having darker skin, older age, over weight or smoking.

Obese people need 2x vitamin D, because fat holds on to vitamin D so the body isn’t able to use it.

The UV index needs to be 3 or greater to make vitamin D.

SPF as low as 8 makes it impossible to make any vitamin D from the sun. Make the D first and then put on the sunscreen.

The more melanin in your skin the more sunlight you need.

How much sun?  50% of the time it takes your skin to turn pink.  So if you turn pink in 30 minutes. Your time would be 15 minutes. Do this 2-3x per week. Most of your body needs to be exposed to the sun, not just your arms and face.

UVB radiation also caused skin to make beta endorphins on the spot. This could be why we feel better after a day in the sun.

According to Michael Holick, there is no credible evidence that moderate sun exposure causes melanomas.

While it can cause non-melanoma skin cancers, they can be treated if detected early. When you compare the numbers in Americans, it seems to make sense to get small risk from the sunshine. It is estimated there are 9,000-10,000 deaths per year due to skin cancer compared to 50,000-75,000 deaths per year related to insufficient UV exposure.

Use D3 (cholecalciferol) This remains available in the blood longer than D2.

Avoid D supplements that include vitamin A. It is easy to overdo vitamin A and it is more toxic at high levels.

Lower reference ranges at labs (usually around 30) are the lowest levels to avoid rickets. That is not the optimal level. The optimal levels are between 50-90.

If you are deficient, you should take more D and then lower dosage once you achieve an optimal level.

With vitamin D it doesn’t seem to matter when you take it. You could take 1,000 each day or 7,000 once a week. They say it doesn’t matter. You would need less in the summer and more in the winter, depending on your exposure.

It is fat soluble so it is not easily excreted from the body. Since it is fat soluble, meaning it dissolves in fat, you should take it with a little fat or oil. I take with with my fish oil.

It is also found to be as effective as antidepressants in reducing symptoms of nonseasonal depression.

PMS- is the result of a serotonin drop. Light therapy raises those levels. This can reduce the symptoms by 76%.

As always, more of a good thing isn’t necessarily better. Levels over 100 are considered high.

Too much vitamin D can cause too much calcium to be absorbed which can end up in your arteries. Make sure you are getting vitamin K along with it.

You can’t get too much vitamin D from the sun because your body knows when to stop making it.

Toxicity begins once your levels reach about 150.

Symptoms of toxicity include

Everyone should have their vitamin D levels screened at routine physicals.

There is more than one type of vitamin D test. You should be tested for 25-vit D. (25-Hydroxyvitamin D). This is the circulating D that the liver and kidneys activate.

How do you get your vitamin D?

One thought on “The Sunshine Vitamin- How Much Do You Know?”