Cassia–  aka Chinese cinnamon, common cinnamon, baker’s cinnamon. A cheaper cinnamon. Sweeter and stronger than the others. Cassia has the best flavor.

True cinnamon–  aka Ceylon cinnamon, Sri Lankan cinnamon. Find this in ethnic groceries and online. It has lower levels of coumarin, so it is a better choice for therapeutic uses.

✅  Decreases LDL and total cholesterol in those with type 2 diabetes.

✅  May prevent elevated glucose in those without diabetes. 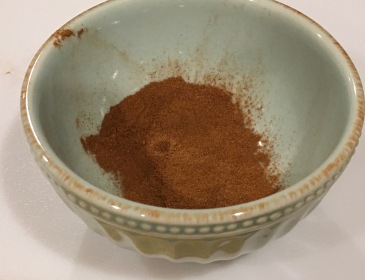 ✅  Effective against  H pylori infections which are responsible for ulcers and stomach cancer.

Available in quill or powder form.

Store in glass container in cool, dark, dry place. Keeps 6 months- 1year. Extend life by keeping in refrigerator. The smell tells you if it is still fresh.

Don’t over cook cinnamon, it gets bitter. Add before the end of the cooking time.

Simmer in milk with honey.

In Spain, it’s added to chocolate dishes. It’s also added to dishes that are sweet and sour or contain raisins.

Popular in Moroccan spice blends and meat stews and in Indian spices.

Bake with squash- acorn or butternut.

Some of my favorite simple ways to incorporate cinnamon are to sprinkle on sliced apples, pears or jicama, cook into oatmeal and sprinkle on sauteed sweet potatoes.

Cassia cinnamon contains high levels of coumarin which if consumed in large amounts can cause liver toxicity.

Cinnamon Improves Glucose and Lipids of People With Type 2 Diabetes

Cinnamon Use in Type 2 Diabetes: An Updated Systematic Review and Meta-Analysis