I started later in the garden this winter. After last summer I needed to take a break. Gardening with one good arm after my shoulder surgery was a little frustrating as well as exhausting. Fortunately, I was able to get help when necessary and things just went a little slower.

Now, I feel almost good as new on most days and I am looking forward to getting out in the yard. I did start a few crops and made some new purchases.

I purchased a fig tree. This one is supposed to be more cold tolerant. I hope that true. I guess I’ll find out. It just has this one bud. I’m expecting great things. 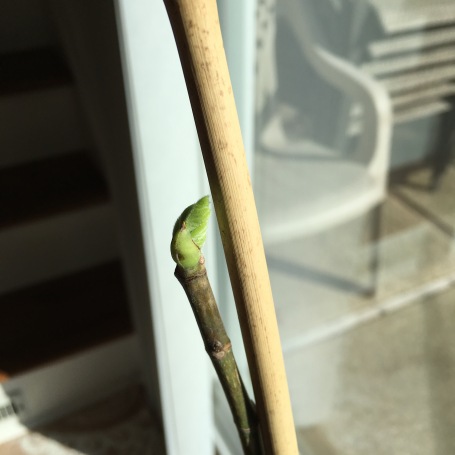 I purchased some honeyberries. Although one arrived dead. The company quickly replaced it after I sent them a sad little photo of it. I think they sent these too early. I hope they survive until planting time.

I purchased a few more blueberry and raspberry plants. I was very happy with how they did last year.

Here’s something I never thought I’d do. I bought asparagus, purple asparagus. For most of my life I hated aparagus. But I challenged the kids in school to try new foods at least ten times. (there’s a science to it) and of course I joined them because I can’t ask them to do something I won’t do myself. Low are behold, I ended up liking asparagus. It’s very tasty sauteed in a pan with garlic and nutritional yeast.  So I’m growing it in my garden. We’ll see how it does. It hasn’t arrived yet.

The chives have already started to grow due to the warm weather we’ve been having, but we’re expecting a foot of snow in two days. So, not expecting that to last. 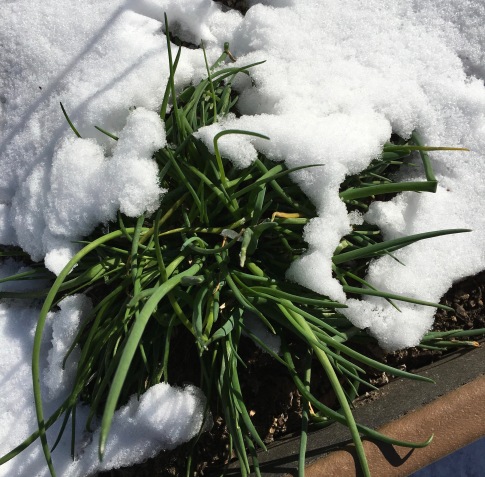 I have several things growing in the cold frames. There has been a steady supply of radishes the last few weeks. but they are just about gone. 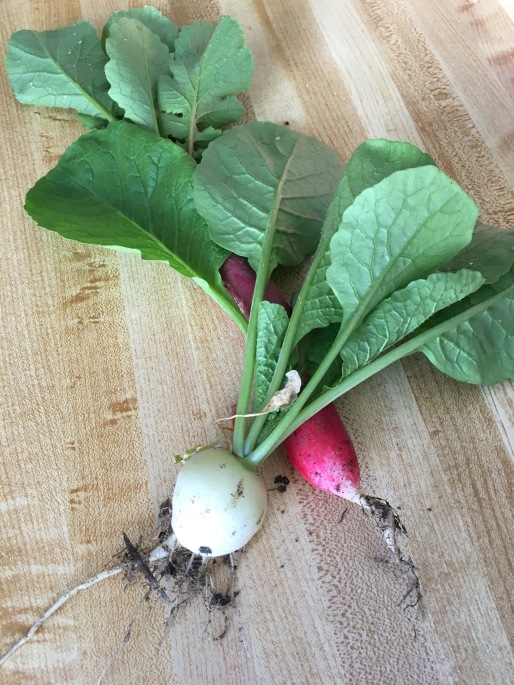 I also have some broccoli started. They are still pretty small. I figure the rest will be done by the time the broccoli gets big. 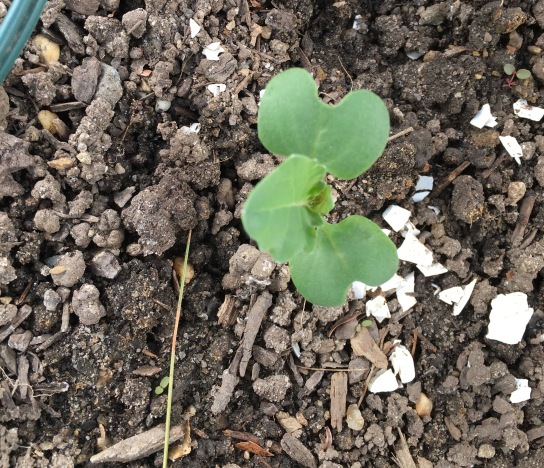 The lettuce and chard are taking off. I am trying a new variety the year along with the rainbow chard called Rosa. It has red stems and leaves. 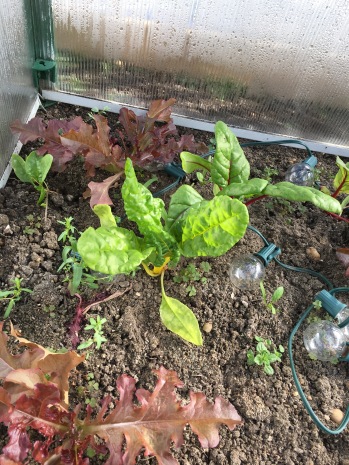 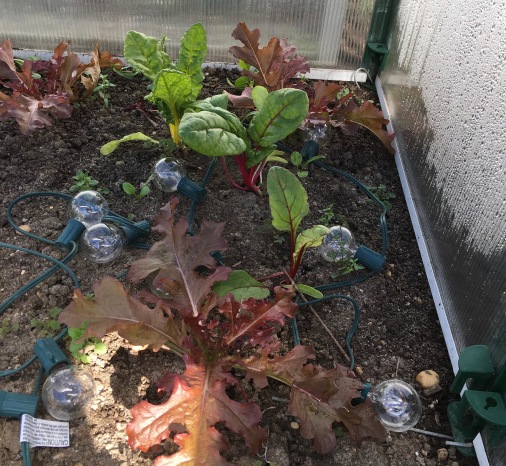 The spinach is finally germinating. It always takes so long. 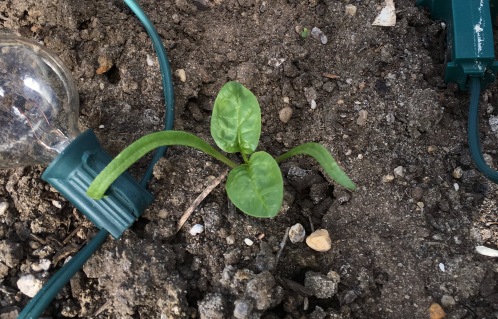 The weeds are growing amazingly well. Did some weeding in the snow today. The cold frames are all watered, weeded and tucked in ready for our snow storm to arrive.

The snow peas have germinated. 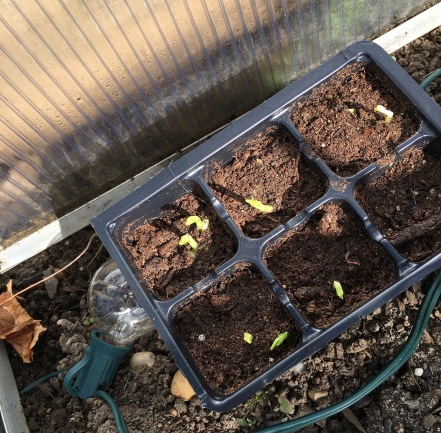 In the seedling packs I planted cantaloupe, zucchini, butternut squash, more lettuce and spinach, chard, and tomatoes. They are beginning to germinate as well.

No Brussels sprouts this year. They didn’t do much last year. Well, they grew, and grew knobs but they looked misformed and weird. So I tossed them.

I suppose anything else I add will be from transplants.

The garden is a giant mess. With broken equipment and stuff all over. Mostly because I was lazy in the fall and didn’t clean it up properly. Some is from a few wind storms we’ve had and the rest is stuff falling apart from aging. Repairs will have to be made. 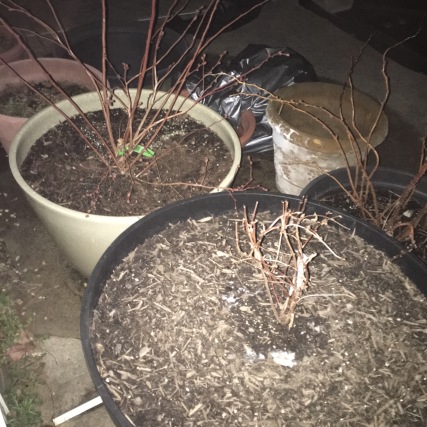 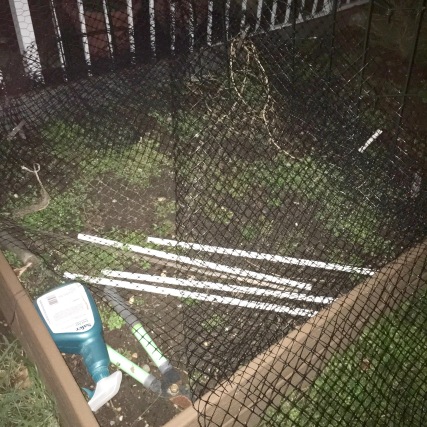 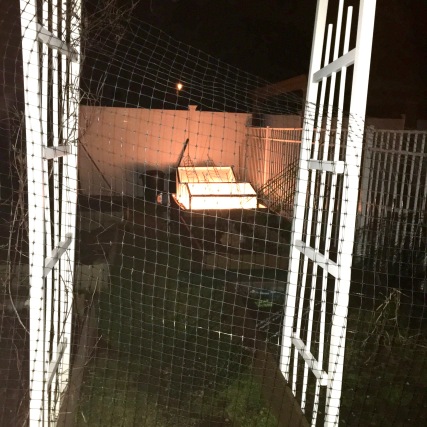 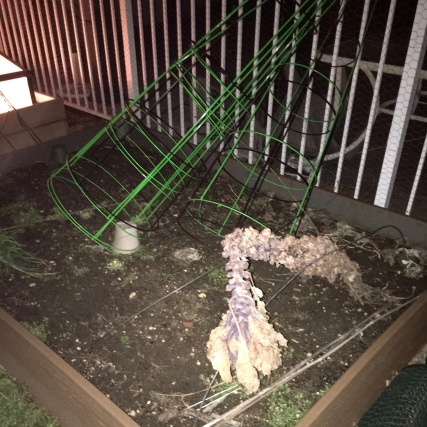 The flower garden is a mess as always. When I have time and the weather cooperates I will have to get out and start cleaning the beds and pruning. 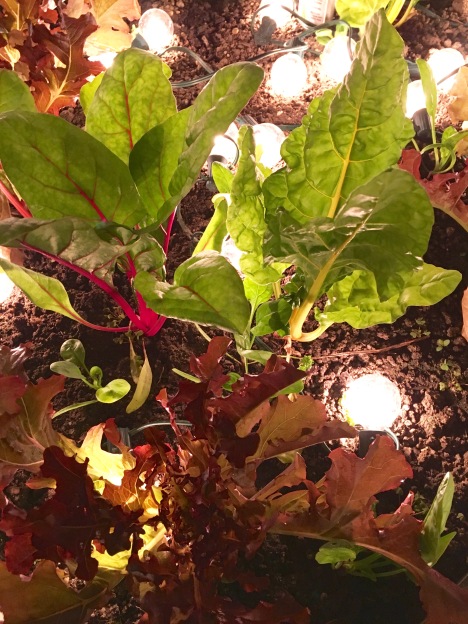 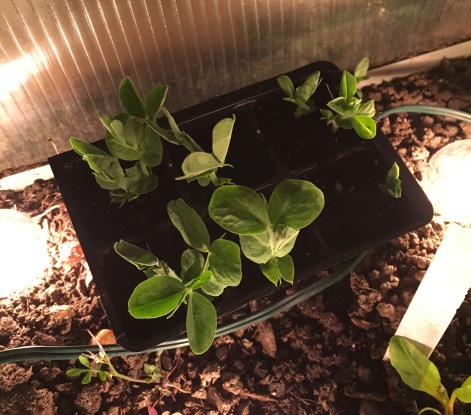 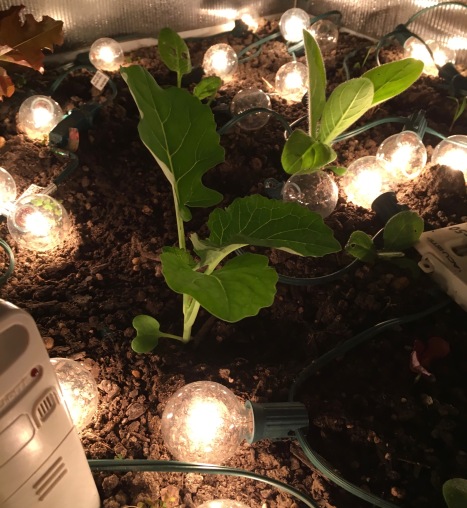 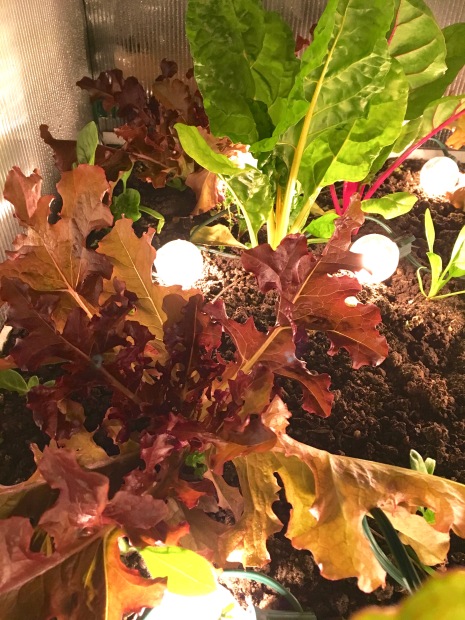 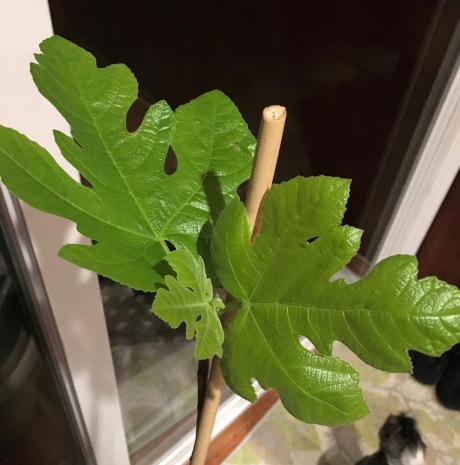 It is the end of March now. Things are moving along nicely. 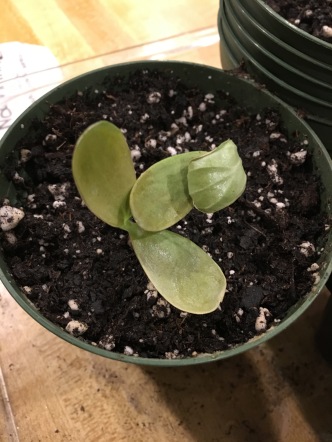 I lost a few seedlings to sun scald, because it was supposed to be cloudy all day, but ended up being sunny and I was at work so I couldn’t rescue them, sniff. However,  it is still early enough to start them again…

This link is an article explaining how dirt makes you happy shared with me by a coworker. Get out there and dig in the dirt and get a good dose of antidepressant! I knew I loved the smell of a garden…

What’s happening in your March garden?